Canonization of Blessed Titus Brandsma in Rome, 15 May 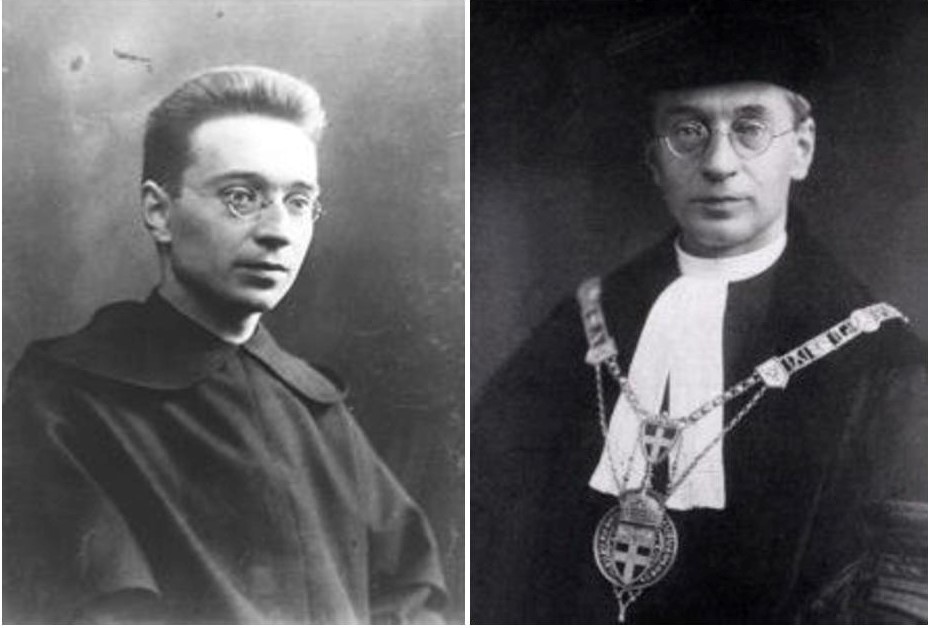 Fr. Titus Brandsma was a Dutch priest born on February 23, 1881 in Ugoklooster as Anno Sjoerd Brandsma. Titus (in honor of his father’s name) became his monastic name when he entered the Order of the Carmelites in 1898. He is undoubtedly best known and honored for his heroic resistance during WWII and his prison years leading up to his death in the Dachau concentration camp in 1942. But he was much more than a resistance hero.

After his doctorate in Rome (1909), Blessed Titus Brandsma spent 14 years in Oss where the study house of the Carmelites was located. In addition to teaching young Carmelites in training, he became active in the social life of the city and received a lot of attention as a journalist. He wrote a large number of articles about Dutch piety and spirituality in magazines and newspapers and was appointed an advisor to the Roman Catholic Journalists’ Association.  He eventually became Rector Magnificus and Professor of Philosophy at Radboud University – at the time, the Catholic University of Nijmegen.

In 2005 this Dutch martyr was voted the Greatest Nijmegen resident of all time.

To celebrate Blessed Titus Brandsma’s canonization on Sunday 15 May, two special booklets were published by the diocese of Rotterdam, an initiative of Bishop van den Hende. They are reprints of two editions in which Father Titus himself speaks. These are “The Last Writing of Prof. Dr. Titus Brandsma” and “My Cell: Diary of a Prisoner.” The first text was written by him on behalf of the Gestapo in his prison cell in Scheveningen. The other two texts are personal pages about his arrest and the first days of his imprisonment.

These booklets are in Dutch and first appeared in 1944. Here are some excerpts (Translated from Dutch):

“After one night in Arnhem, it would only be one night here. With these words I was taken into cell 577 on January 20.” writes Father Titus on January 23, 1942.

“The next morning, I had to be ready at half-past eight for the interrogation in The Hague. In the afternoon it could probably be shut down and I would go home for my health.”

Father Titus was then 60 years old. His health was fragile, and he suffered from chronic illness and low body weight.

“56 kilos, of which 2 kilos were deducted for the clothing”, he says about this, after being weighed in the Scheveningen prison.

On 27 January 1942, he writes: “I am completely at home in this little cell. I have not been bored here yet, quite the contrary. I may be alone, yes, but Our Lord has never been so close to me. He is now my only refuge and I feel safe and happy. I want to stay here forever if that is His will. I have rarely been so happy and satisfied.”

← Prev. A Friendly Reminder to Parishioners Leaving The Netherlands →