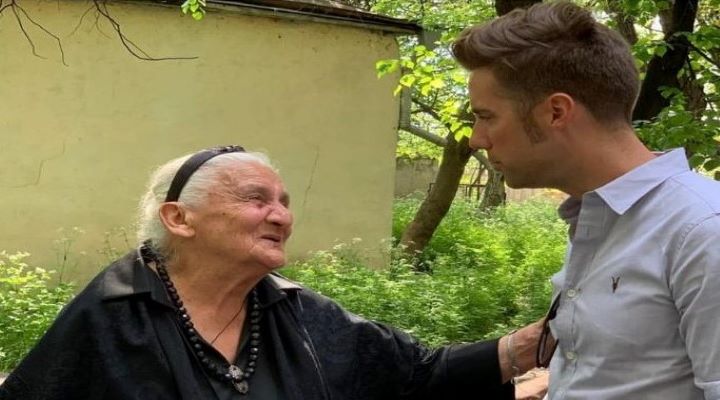 Longtime parishioner and Chairman of the Pastoral Council of our parish, Mikel Delagrange, was interviewed for the Catholic newspaper – Kerk in Den Haag by Robert Reijns for their October issue. As a 38-year-old lawyer working for the International Criminal Court in The Hague, Mikel shared his views on faith, hope, justice, and peace. Here are excerpts of his interview, loosely translated from Dutch to English:

“What is it worth to believe in a supreme God, if we as believers do not truly follow His teachings?”

This question often arises when Mikel is abroad for work and when he visits places of worship where believers have been defenselessly killed. Such experiences have strengthened his faith. “God is asking Christians to fight social injustice.”

From a young age, Mikel says that he was hoping that he could make a difference wherever life took him. He owes this view of life to the “heroes” of his youth in the American state of Florida. “I have always received education from priests and nuns. They were holy people who lived without contradiction or hypocrisy, who helped the poor and advocated social justice just like Christ. They taught me what really makes life meaningful.’’

‘’My Cuban mother’s migration history and the dramatic life stories of so many others seeking safety and financial security in Florida stimulated me to study international law. I hoped that – with the talents given to me – I could be of value as a lawyer.”

As an international lawyer, Mikel has found meaning in his work when he was employed by a Nepalese organization that traced missing persons, and then at a tribunal in Cambodia. Ten years ago, he moved into the offices of the International Criminal Court in The Hague. Working with the victims of war crimes, his role is to seek out victims in countries where a conflict has taken place and to inform them of their legal rights to participate in proceedings against the perpetrators. His work is to collect statements, help make a conviction and then process the claims within the legal process.

One of the lessons he has learned since coming to The Hague is that what can be done for people’s rights from this city of peace and justice is relative. Mikel emphasizes that, “although it is often the only chance for victims to find justice, they often have doubts about participating in a legal process. Participation has risks. If you want to end impunity, you must hold those in power to account. Victims involved in such a process may be at high risk. Moreover, some trials, contrary to expectations, may not always end with a conviction.’’

Speaking about the concept of ‘reparations’, he says that sufferings in war cannot be “repaired”. ‘’This is an important lesson I have learned in my work. No legal process will bring back a loved one or erase the memories of trauma. Yet being accountable, in a small way, can provide a war criminal the opportunity to ask for forgiveness. There can be no peace without forgiveness.”

“This work has not left my faith untouched,” said Mikel when asked about the impact of victims’ stories on himself. “If you could only know how many believers are still being murdered even today. Mostly Christians who also fight in conflicts in the name of justice and for what they believe to be right. Why does God allow that to happen? Is there evidence, then, for what Jesus promised in his Sermon on the Mount? “Blessed are they who are persecuted for righteousness, for theirs is the kingdom of heaven …”

‘’And yet I believe that God is with us. I remain perplexed by the strength victims find to get up again and again, to move on, and to continue to believe in justice. How is that possible? Is the source of that power of a divine nature? Is it the soul, God’s breath of life? What keeps them going, keeps me going. Let us, certainly as Christians, bring out that divinity in each other. We should not stop at Good Friday. Live on to Easter!

My fellow believers at the International Church of Our Savior (where I am also the Chairman of the Pastoral Council) give me a lot of love and inspiration. When things go wrong in my day to day work, they get me out of the pit. That is what the church should be all about: looking after each other, within the church and beyond, and not just on Sundays.

I think it is important to realize that no matter how good our intentions are, we cannot get rid of all problems. In that respect, the following prayer of the American theologian Reinhold Niebuhr (1892-1971) is what guides me in my life: